Categories For Event Organisers
by Morry on 19.08.18

Choosing a stand-up comedian for your next event can be daunting. Firstly, comedy is subjective – not everyone appreciates the same style or themes. And secondly, what if the comedian’s shit?!

Here’s a quick guide for event organisers, sports club committee members, and function coordinators, on how to choose a stand-up comedian who will ‘kill’ on stage and get your audience raving about their night.

If the comedian that you are considering doesn’t have a video available on YouTube or Vimeo, chances are they haven’t been in the business very long. But don’t be too alarmed if there’s only one or two videos uploaded. Comedians are notoriously protective of their their material – fearing that it will be stolen, or worse, go viral, making it unusable on stage (yes, it’s a paradox).

If you’re a ‘somebody’, you have a Facebook Page. This isn’t the same as a personal page, which you share with your nan. Rather, this is an officially branded site, full of professional photos, videos, and words of wisdom. The better stand-up comedians will have a Facebook Page – for example, here’s Ben Horowitz’s. The shit generally won’t.

Listen to their podcast

Good comedians get invited on podcasts all the time. Some of you are Googling ‘what’s a podcast’, but for the rest of you, get on your favourite podcast app, like iTunes, Spotify, or Stitcher, just to name a few, and search your selected comedian’s name. If they appear, have a listen to make sure they’re not a creep. Here’s a podcast with Glynn Nicholas on the School of Hard Knock Knocks’ podcast, for example.

If the quality of the event that you are organising will affect your career, then don’t leave it to chance. Find out when the comedian is performing, and go watch them ahead of your big event. Even household name comedians will perform at small venue gigs on Monday, Tuesday or Wednesday around the city to test new material, and to keep ‘comedy fit’. Most comedians should be able to give you a list of upcoming gigs, or they’ll list it on their Facebook Page.

Referral’s are a solid way of reducing risk. If you are a member of an industry networking group, ask other members whether they can recommend a comedian.

And finally, if you book a comedian through a management company, like Punchlines Comedy, then use their wealth of experience to select the most suited comedian. Punchlines Comedy filters comedians for MCing, corporate, pubs, private and sports clubs. We’ll make sure that the comedian matches the audience.

And that’s it! Finding a stand-up comedian for your next club, pub or corporate event is straight forward, as long as you do a little due diligence. 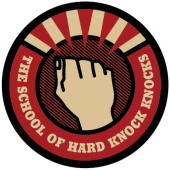